Valmet Automotive implemented a MES pro-ject with Wonderware Operations and Perfor-mance suite in summer 2009, covering their Garia Production. With the new solution, exibility of production and change manage-ment could be strenghtened, in response to the challenges presented by the fast change in the market. The whole MES project of the car factory was completed in three months, using the Wonderware Operations and Performance program suite. 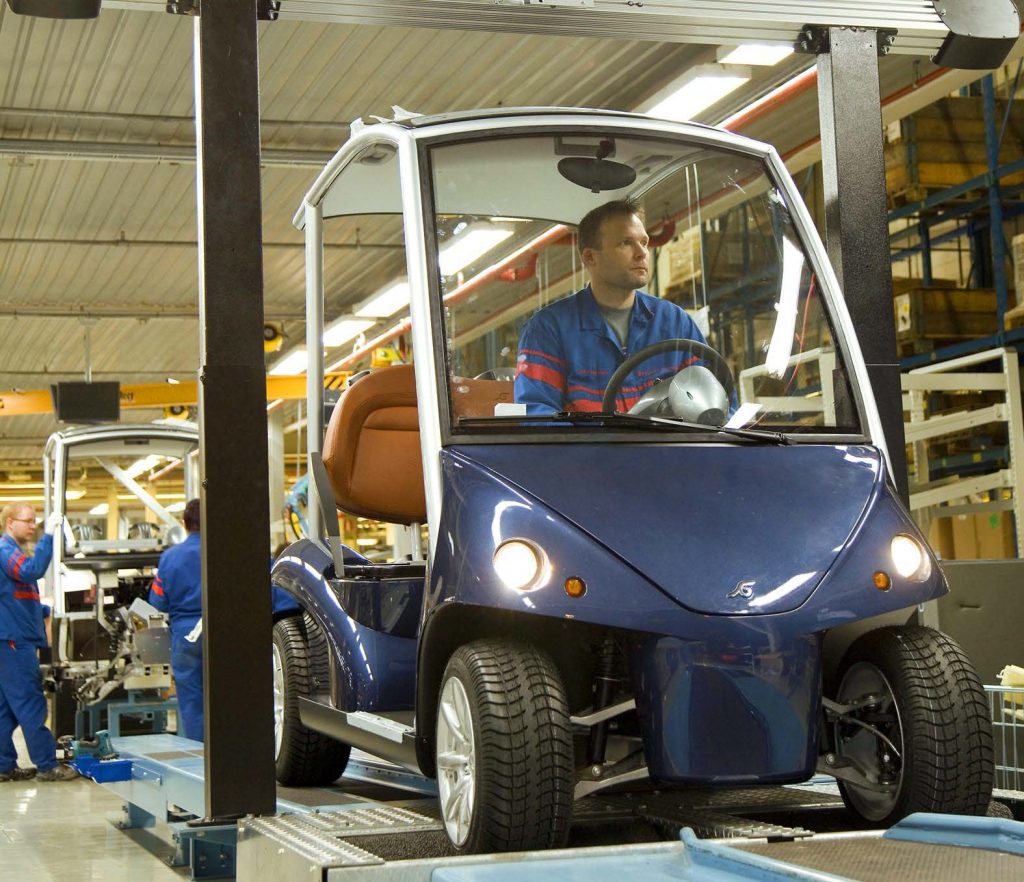 Valmet Automotive has responded to change in the automotive market by renewing its service oering. In November 2008, Valmet Automotive won a contract with the American Fisker Automotive to manufacture and develop the Fisker Karma hybrid in Finland. In January 2009, an agreement was reached with the Danish Garia A/S to design and produce a luxury class golf car. In August 2009, Valmet Automotive and Norwegian Think Global AS signed a letter of intent that will make Valmet Automotive a partner in designing and manufacturing the Think City electric car. The production of the golf car and Think City began in December 2009. The first Fisker Karmas will be delivered in the end of 2010.

Valmet Automotive has produced more than 220.000 Porsche Boxster and Porsche Cayman sports cars since 1997; alltogether more than 360.000 convertibles have been manufactured.

The production automation system of the plant controls the production departments (welding, painting, assembly). It is rmly bundled to the factorys ERP information system that coordinates customer orders, materials purchases and production, as well as oers reports for internal use, for customers and for partner organisations.

When Valmet Automotive started co-operation with new customers in early 2008, production management needed upgrading to a new, more exible and transpa-rent approach – the answer to this new challenge was to acquire and implement a MES solution. 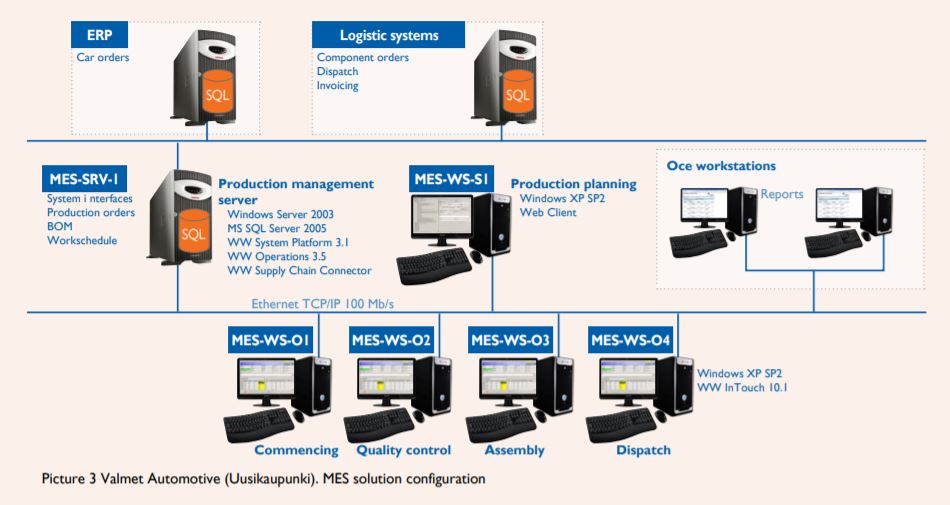 Wonderware Operations and Performance MES connects to production management systems and control solutions of the dierent production lines. The system receives pro-duction orders from the ERP system according to customer demand, divides the orders to components for purchase and production and, processes each customer order through the whole manufacturing process. The MES system updates the status of each order back to the ERP system, providing real time order tracking. Wonderware Opera-tions and Performance also handles material tracking for production and prints out labels for dispatch.

Line operations workstations on each production line supervise and report the operation of each subprocess with Wonderware InTouch HMI/SCADA (commencing, quality control, assembly and dispatch.)

With Wonderware Operations and Performance, Val-met Automotive has got numerous new functions at its disposal, that enhance production: